Calgary, Alberta, November 3, 2020 – FluroTech Ltd. (TSXV: TEST) (OTCQB: FLURF), (“FluroTech” or “the Company”) is pleased to announce that FluroTest, LLC (the “LLC”), a company in which the Company has an equity interest and which is developing a proprietary Pandemic Defense Platform (the “Platform”) as recently discussed in the Company’s press release dated October 22, 2020, has completed an internal reorganization whereby each holder of a members interest in the LLC has transferred such interest to FluroTest Systems Ltd. (“FluroTest”), a newly formed Alberta company, in exchange for Class A common shares of FluroTest (“FluroTest Shares”), on a one for one basis.

Following completion of such internal reorganization, LLC is now a wholly owned subsidiary of FluroTest, and the Company holds 25% of the issued and outstanding FluroTest Shares. The other shareholders of FluroTest are Turnberry Partners, L.P, who holds (together with its designees) 47.5%, Alberta BioPhotonics Inc. who holds 22.5% and Albany Medical College who holds the remaining 5% of the FluroTest Shares.

FluroTest and the Company have also entered into a letter of intent which contemplates that FluroTech may acquire the remaining FluroTest Shares, with the purchase price of such acquisition being satisfied by the issuance of common shares of the Company to the FluroTest shareholders on a one for one basis (the “Proposed Transaction”). The structure of the Proposed Transaction will be determined based upon legal, tax and regulatory advice.  The Proposed Transaction is subject to a number of conditions, including without limitation, satisfactory due diligence, shareholder approval (including, majority approval of the disinterested shareholders if required by the policies of the TSX Venture Exchange (“TSXV”) or securities legislation) and TSXV and other regulatory approvals. The letter of intent will terminate in the event that the due diligence condition is not waived by the Company by April 30, 2021, if a definitive agreement is not entered into in respect of the Proposed Transaction by June 30, 2021 or by mutual agreement of the parties to the letter of intent.

FluroTech has entered into an investment agreement (“Agreement”) with Alumina Partners (Ontario) Ltd. (“Alumina”), a subsidiary of New York-based private equity firm Alumina Partners LLC, for a draw-down equity facility of up to $4.0 million. The agreement provides for equity private placement offerings (the “Offerings”), to be conducted between the Company and Alumina, in draw down amounts at the sole discretion of the Company, of up to $250,000. Multiple tranches may be completed simultaneously with mutual agreement of the parties.

Subject to the terms of the Agreement, Alumina will purchase up to $4 million of units of the Company (the “Units”), which each Unit consisting of one common share of the Company (“Common Share”) and one Common Share purchase warrant (“Warrant”), at discounts ranging from 15% to 25% of the closing price of the Common Shares on the TSXV on the day prior to the Company’s drawdown notice to Alumina. Each Offering shall occur at the option of the Company, through the 24-month term of the Agreement.  The exercise price of the Warrants will be at a 25% premium over market price of the Shares, and will have a term of 60 months. Each Offering will be subject to TSX Venture Exchange approval. All securities will be subject to a statutory hold period that expires four months and one day from issuance.

The Company intends to use the proceeds from the Offerings to subscribe for additional FluroTest Shares and for general working capital.  FluroTest has advised the Company that it will use the proceeds from any such subscription to obtain the regulatory approvals, both in Canada and the United States (including Health Canada & FDA approvals), required by FluroTest in respect of the Platform and further the development and deployment of its testing device.

“Alumina is delighted to support FluroTech’s efforts to provide financing to FluroTest as it works to bring its COVID-19 testing platform to market,” said Adi Nahmani, Managing Member of Alumina Partners. “The North American market is in dire need of better, more widespread, and more reliable testing solutions, and FluroTest’s platform is expected to offer much higher testing capacity daily, with results delivered to patients’ mobile devices in real-time. We look forward to seeing management realize their plans and deploy this solution where it is needed most.”

Danny Dalla-Longa, President and CEO stated, “The financing facility will provide sufficient funds to FluroTech, a portion of which will be invested into FluroTest to cover the FDA and Health Canada approval processes, as well as initial pilot projects under discussions at large sporting arenas and venues, universities and retail outlets.”

“We have been making great progress in the development of our pandemic defense platform to deliver exponential improvements in actual testing capacity per hour at the point of collection. All while providing results within minutes at a very low cost.” said Bill Phelan, co-founder and CEO of FluroTest.  “Additional financing from FluroTech will accelerate our investment in seeking regulatory approval, prototype development, as well as advancing our business development efforts with customers.”

Readers are cautioned that, although FluroTest has achieved proof of concept prototype, the testing method and device are still in the early stages of research and development and accordingly FluroTest is not currently making any express or implied claims that the technology can, or will be able to, accurately detect the COVID-19 virus. The Platform currently requires FDA and Health Canada approval for use in Canada and the United States.  In addition, FluroTest requires additional capital in the near-term to further the development and deployment of its testing device and will be seeking equity investors and is exploring strategic partnerships in connection with the same.

Additionally, FluroTech has issued 756,100 stock options of which 434,100 were to the Company’s officers. The options have an exercise price of $0.45, vest prorated over 24 months and have a term of 4 years.

FluroTech’s proprietary spectroscopy-based technology allows for the testing and identification of organic and inorganic compounds contained within biological samples for specific applications. Using technology that was first developed at the University of Calgary, FluroTech has created a two-part solution comprised of its CompleTest™ platform technology and consumable testing kits.  Its accuracy has been independently validated. FluroTech continues to develop additional applications for the CompleTestTM platform technology.  To learn more, visit FluroTech.com

FluroTest owns 100% ofFluroTest, LLC which was formed pursuant to a strategic agreement in principle between FluroTech, Alberta BioPhotonics Inc. (a related party to FluroTech with directors, officers and shareholders in common) and Albany Medical College.  See the Company’s press releases dated April 16, 2020, April 28, 2020, September 8, 2020 and October 22, 2020 for additional information regarding FluroTest. FluroTest’s ownership structure is identical to the prior organizational structure of LLC prior to the internal reorganization.

FluroTech and FluroTest are seeking additional capital in the near-term and will also be exploring strategic partnerships with manufacturing and distribution companies to advance the deployment of the new test that’s being developed.  To learn more, visit FluroTest.com

This news release does not constitute an offer to sell or a solicitation of an offer to buy any of the securities. The securities described herein have not been and will not be registered under the United States Securities Act of 1933, as amended, or the securities laws of any state and may not be offered or sold within the United States or to or for the benefit or account of U.S. persons, absent such registration or an applicable exemption from such registration requirements.

This news release contains “forward-looking information” within the meaning of Canadian securities legislation. Forward-looking information generally refers to information about an issuer’s business, capital, technology or operations that is prospective in nature, and includes future-oriented financial information about the issuer’s prospective financial performance or financial position. The forward-looking information in this news release includes disclosure about the Proposed Transaction, including the timing and completion thereof, the benfits of the Proposed Transaction, the timing and completion of the Offering, including the proceeds to be raised by the Company pursuant thereto, the use of proceeds from the Offerings by FluroTech, FluroTech’s intention to use the proceeds to invest in FluroTest, FluroTest’s use of such investment funds to seek regulatory approval and develop and deploy its technology, the benefits of the FluroTest technology and the market therefore, the locations of initial pilot tests of such technology, how FluroTest’s Platform technology will be offered, the deployment of the Platform technology and the locations and timing in respect thereof, the ability of the Platform technology to test large numbers of sample in a short period of time and the accuracy of such testing, the low cost of testing using the Platform technology and the large benefits to be realized from using such technology, the significant benefits of the Platform technology to communities and organizations and the need for financing of FluroTest in the near term and the formation of strategic partnerships for the deployment and distribution of the technology.

The Company made certain material assumptions, including but not limited to prevailing market conditions and general business, economic, competitive, political and social uncertainties, the ability to satisfy the conditions to and complete the Proposed Transaction, the completion of the Offerings, as well as the ability to develop and deploy the Platform technology as described herein in a timely manner and to obtain the financing required in connection with the same, to develop the forward-looking information in this news release. There can be no assurance that such statements will prove to be accurate, as actual results and future events could differ materially from those anticipated in such statements. Accordingly, readers should not place undue reliance on forward-looking statements.

The Company assumes no obligation to update or revise the forward-looking information in this news release, unless it is required to do so under Canadian securities legislation. 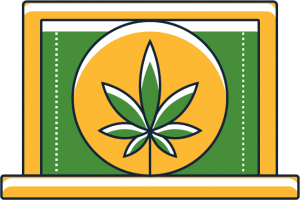 FluroTech is a cannabis and hemp testing technology organization headquartered in Calgary, Canada. Our mission is to create tech that maximizes safety and quality for both our clients and consumers. 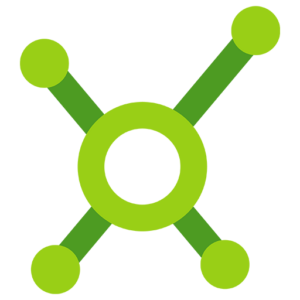